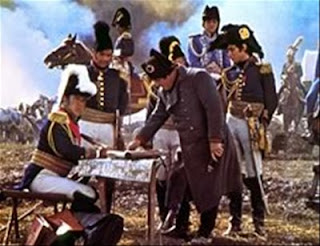 My wife and I have been wargaming for more than 40 years, and during that time have used many different rules. Some are memorable, such as “Charge, or How to Play Wargames”. This classic was our first set of rules. Then came WRG, followed by “In the Grand Manner” and finally “Le Feu Sacre”. These are the best professional rules we have used, and there were many more which we did not enjoy so much. They were also many amendments to those rules and quite a few attempts to write our own rules.

I would not attempt to say which rules are good or which are bad. You only have to read through TMP and similar forum to see how even the most popular rules are attacked or dismissed. Most wargamers, and particularly Napoleonic wargamers, have very firm ideas of what they want from a set of rules, and are often not very kind to those rules which do not meet their standards. I suspect that most professional sets of rules are well thought out, particularly those who have a large following. However it is striking that there has never been a set of rules which were accepted throughout the hobby. Even those which I have mentioned above, have only appealed to a large section. All have had their detractors.

Jan and I have wargamed together from the start. We have belonged to many clubs, and even run our own club for more than 20 years. We have always gamed regularly, so any rules we have used have come in for a lot of play testing and, not surprisingly, we found them to be wanting.

About seven years ago I discovered “Le Feu Sacre” by Too fat Lardies. They were completely different from anything we had used before and we both loved them. However from the start there were problems. These rules are designed to fight corps sized battles, and to use 12 figure battalions. I wanted to fight multi corps battles and to use my existing collection of model soldiers. I did not want to have to rebase them all, or paint a lot of reinforcements.

Just before we moved to Spain, five years ago, we decided that we would completely reorganise our wargaming. We knew we would have a permanent wargames room, and the table would be 6x6 foot. So that was our starting point.

We like wargames where there is space on the table to move and deploy, and have the opportunity to use cavalry against open flanks. I love to see large armies moving around a large table, such as we had used at Peter Guilder’s Wargames Holiday Centre. We have fought such games, using those same rules, when we ran the Salisbury Old Guard for 20 years in our garage on a 12x6 foot table. But our table would now be much smaller, and our armies would have to be reduced also to make it work.

I had been collecting and painting for 30 odd years and had assembled three large armies to represent all of the major powers of the Napoleonic period. One was in 6mm, a second in 18mm and a third in 28mm. They were organised in nationalities of about 300 figures each. The collection started with Airfix, replaced Hinton Hunt, then Miniature Figurines followed by Connoisseur and finally Front Rank/Elite. And that is just the 20mm, replaced by 25mm and finally 28mm. I now have a collection of 6mm Heroic & Ros, 18mm AB figures and 28mm Front Rank/Elite, and I could not face changing them yet again.

From experience I knew that for the sort of games, which we enjoyed, a 6x6 foot table would take about 150 28mm figures per side. So I worked out a new order of battle for my collection. The rest, more than half, went to new homes via Ebay.

The basis for our new wargaming would be a 6x6 foot wargames table and a collection of figures in three scales. There were sufficient figures to provide armies for France and her allies, Austria, Britain, Prussia, Russia and Spain. Each army consisted of 150 infantry, 32 cavalry and 4 guns and crew. There were five French and five Allied armies.

I organised a new 1813 campaign to make to cover both Spain and northern Europe. There would be five campaign areas, each area would have one French and one Allied army. The campaign would move from one area to the next.

The sole aim of the campaign would be to provide Jan and I with interesting and challenging wargames. And for that we would need a new set of wargame and campaign rules.

At this stage we were still using “Le Feu Sacre”, but it was apparent that they would not fit my new requirements. So I decided to write my own rules, using those elements of “Le Feu Sacre” which I enjoyed and changing those which did not fit.

We have used the resulting “house rules” at least three or four times a week for the past four years. So they have been pretty well play tested. They have also been amended on a regular basis, as we found errors or results we did not like. I have found in the past that if you change the rules to meet every problem found on the table, you create more problems than you solve. So we have tried not to amend the rules to meet every problem. More often than not we just agree to a “one-off rule”. If this is not possible, we just roll a dice to decide. But when we find a major problem we change the rule after a period of play testing.

I do not claim that these rules are the definitive Napoleonic Wargame Rules. Some may feel that the whole concept is wrong, or that they do not produce the type of wargaming they are looking for. They are written to produce the sort of wargames which we enjoy and in accordance with my understanding of what a set of Napoleonic Wargames rules should do. Within these very narrow limits they work very well.

Email ThisBlogThis!Share to TwitterShare to FacebookShare to Pinterest
Labels: Introduction

Card is used to provide hidden movement and fog of war
Each card is 1.5 inch wide by 12 inch long
The width is the same as roads on the wargames table
There is one card for each corps in the wargame, plus one or two extra
The cards are marked A to G
Each player allocates one letter to each corps
The remainder are called “blinds”.
Movement

Combat on Cards
No combat is allowed either from, or at, a card
Figures must be placed on the table before any firing or combat takes place

Posted by paul leniston at 2:29 PM No comments:

Email ThisBlogThis!Share to TwitterShare to FacebookShare to Pinterest
Labels: Rule 01 - Move on Blinds

Posted by paul leniston at 2:27 PM No comments:

His role is to issue orders to his brigades in accordance with his orders and the number of command points he has each turn.

Posted by paul leniston at 2:24 PM No comments: